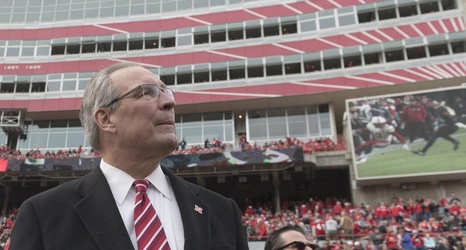 The premise was simple: Tell us Mike Leach stories.

Nebraska athletic director Bill Moos could go on all day. In fact, he recently went on for two hours telling about his time with Leach (2012-17) at Washington State.

Moos hired Leach following the 2011 season after first meeting him in Key West, Florida. The story of that meeting is a gem, but we'll save that one for another day. It's just one of many that Moos tells with gusto and a lot of laughter. Moos and Leach enjoy an excellent relationship to this day, which isn't surprising because they're in many ways cut out of the same cloth.