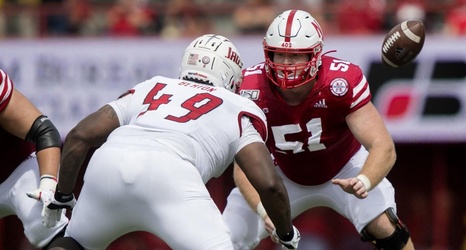 Things I know, and things I think I know:

Whenever Nebraska resumes football practice -- let's hope for something in the summer -- one area to watch closely is sophomore center Cameron Jurgens' development.

I'm in the camp that believes the Beatrice native has star power. But he obviously has a lot to prove.

When Nebraska coaches addressed the media horde three weeks ago, they praised Jurgens' overall progress. For one, his relationship with quarterback Adrian Martinez has evolved. I don't think the relationship was ever bad. It's just that the more comfort those two feel with each other, the better it is for everyone involved.