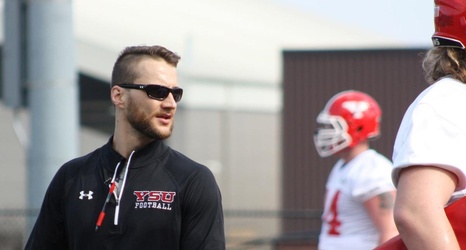 He remembers sitting in the offensive coordinator's office with tears in his eyes.

Joe Ganz wanted the Nebraska starting quarterback job badly in August of 2007, and thought he had practiced well enough to earn it.

"If you go and ask the guys who were on that team, I'd think they'd say the same thing," the 34-year-old Ganz said Sunday from Youngstown, Ohio, where he's working remotely as the new receivers coach at Northern Iowa.

He had been an assistant at Youngstown State under Bo Pelini the previous four seasons — coaching tight ends for two years, then quarterbacks — but the staff was let go after Pelini returned to LSU as defensive coordinator.