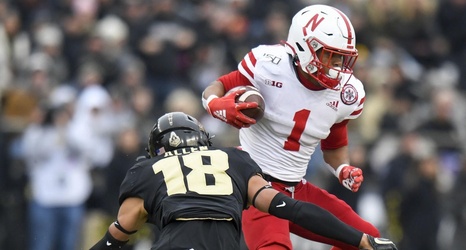 Wan'Dale Robinson's availability for Saturday's game against Wisconsin remains a question mark after the freshman phenom was injured late in Nebraska's loss to Purdue.

NU offensive coordinator Troy Walters was noncommittal Wednesday on Robinson's status for Saturday's game against Wisconsin. Robinson wasn't on the field for Nebraska's final drive against the Boilermakers. He jogged off the field after the game, but was grimacing on his way to the locker room.

"We'll see. We'll see. He's kind of banged up, but he's working to get back," Walters said. "We've got to play with who we have and we'll see game day what he can do.