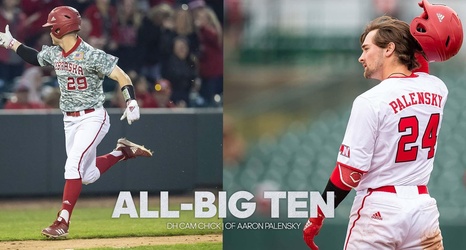 Nebraska produced a pair of second-team All-Big Ten selections as the conference announced its postseason honors and award winners on Tuesday.

Sophomore outfielder Aaron Palensky received recognition from the Big Ten after leading the Huskers with a .339 batting average in the regular season and a team-high .323 batting average in conference play. Palensky, in his first year at Nebraska, leads the Huskers in hits (65), doubles (11), triples (2), home runs (5) and runs scored (36). He has 20 multi-hit efforts this season, the most on the team, to go along with six multi-RBI performances, tied for second-most on the squad.