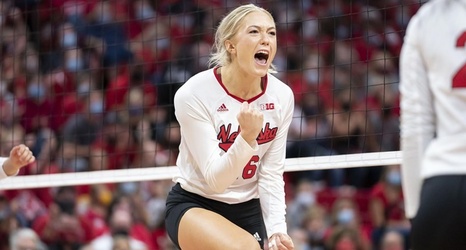 Box Score The 10th-seeded Nebraska volleyball team opened the NCAA Tournament with a 3-0 sweep of Campbell Friday night at the Bob Devaney Sports Center, using a strong defensive effort in a 25-14, 25-14, 25-17 victory.

The Huskers held Campbell to a -.022 attack percentage, marking the first time Nebraska has held an opponent to negative hitting in the NCAA Tournament since 2010. NU recorded 10 blocks and tallied 41 digs in limiting its second opponent this season to a negative hitting percentage. With the win, Nebraska (22-7) advanced to a second-round matchup with Florida State on Saturday at 7 p.