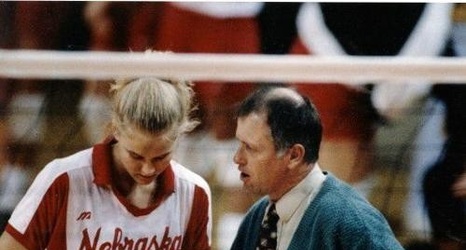 Terry Pettit, who grew the Nebraska volleyball program into a national powerhouse, will be inducted into the 2020 Nebraska Athletic Hall of Fame class.

Five former Husker athletes will be inducted, as well, and those names will be announced over the next three weeks.

Pettit received the news from John Cook on Tuesday via a social media chat.

"It's always good to be recognized by the institution that you spent your professional life with," Pettit said. "That's wonderful."

Pettit was named NU's volleyball coach in 1977 and what followed was one of Nebraska's biggest success stories.