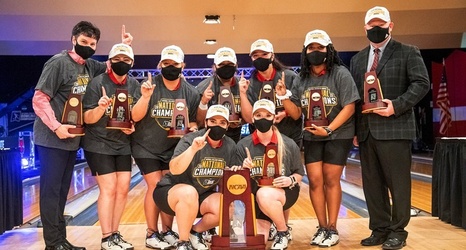 Lincoln - The Nebraska bowling team capped off its 2021 national championship season by official being voted the No. 1 team in the nation by the National Tenpin Coaches Association (NTCA) in its final poll on April 22.

"We are happy to be recognized by the voters as the No. 1 team in the country for the final poll of the 2020-21 season," Nebraska Head Coach Paul Klempa said. "After a series of second and third-place finishes in regular-season events, we knew this team was improving, pushing and building to something special. Their national championship victory validates that their hard work and determination was worth the sacrifice and did not go unnoticed by the voters in this poll.