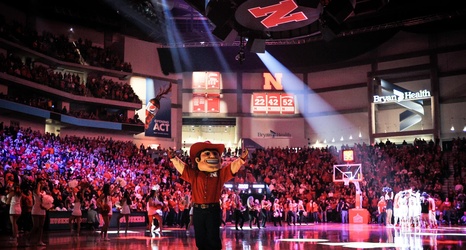 The Nebraska Cornhuskers non-conference schedule was released just over three weeks ago. However, among its games was a new “Battle in the Vault” event that wasn’t given much more information than that the Huskers will face Queens University on Dec. 20 at Pinnacle Bank Arena. Today we now have the rest of the inaugural event’s participants.

JUST ANNOUNCED: Battle in the Vault at @PinnacleArena on Dec. 20. Tickets on sale to the public starting 10AM Sept. 1. INFO: https://t.co/j8wEdz8Gnq