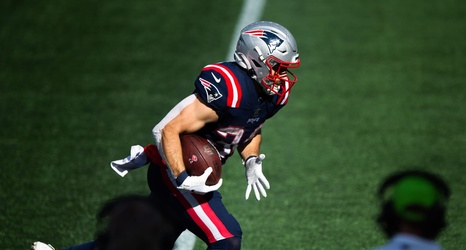 A Nebraska football alum played at a high level with the New England Patriots on Sunday. Running back Rex Burkhead carried the ball six times for 49 yards and a touchdown.

He also caught six passes for 49 yards and two touchdowns.

He was truly a dual-threat for New England in this game. It seemed like he was involved in every play, and he was able to make an impact for the Patriots. With the way New England’s running back room is set up, there is not a lot of individual playing time to go around.