Nebraska Basketball: Program is in good hands with Bryce McGowens 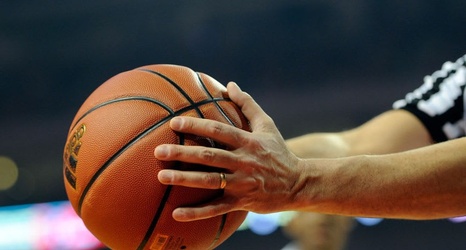 LINCOLN, NE - FEBRUARY 03: An official holds the basketball during the game between the Nebraska Cornhuskers and the Maryland Terrapins against the at Pinnacle Bank Arena on February 3, 2016 in Lincoln, Nebraska. (Photo by G Fiume/Maryland Terrapins/Getty Images)

Nebraska basketball has something special brewing.

It is safe to say that Nebraska basketball is in good hands for the future. Late Friday, signee Bryce McGowens was named the Maxpreps South Carolina Basketball Player of the Year.

He certainly deserves these accolades. He averaged 21.6 points, 3.7 rebounds, and 2.8 assists per game for Legacy Early College in South Carolina.