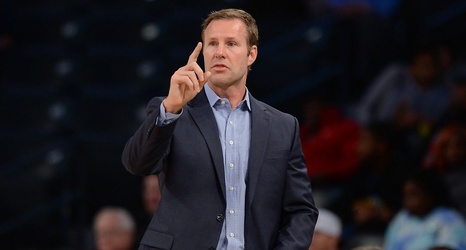 It’s easy to point fingers after a difficult loss like the one Nebraska basketball had. However, I saw a particular performance that I thought was extremely impressive. At the very least, it showed why Charlie Easley earned a scholarship for the basketball program. He made the most of his minutes on Saturday night, and what was little time.

In 16 minutes of play, he scored eight points off the bench. Going two-of-four shooting on the evening, he certainly got his shots up. Perhaps more than that, he wasn’t tentative about it. I liked that. Easley is primarily a perimeter shooter, and he showed some of the capability he had on Saturday night.