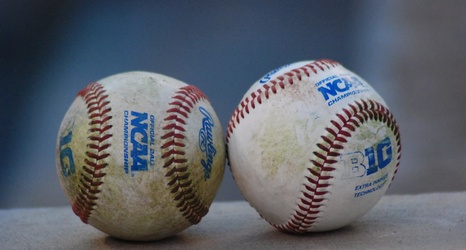 The Nebraska baseball team (22-13, 11-4 Big Ten) bounced back on Sunday afternoon, taking down the Iowa Hawkeyes (21-15, 9-6 Big Ten) by a final score of 3-2. Nebraska got a great effort from Reece Eddins, while the offense was able to take advantage of Iowa errors in the win.

The game started out as a pitching dual early. Nebraska was set down in order in each of the first three innings against Iowa starter Grant Judkins. Iowa was able to put runners on base against Eddins, but the Hawkeye offense could not sustain a rally.

Spencer Schwellenbach got the Huskers first hit of the day in the fourth.