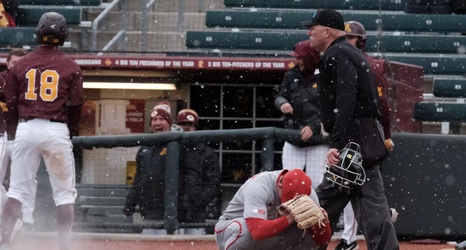 Reece Eddins had a day to forget and Nebraska dropped the first or two possible chances to move on to the Big Ten Tournament Final on Saturday. Michigan scored eight runs against Eddins in the first two innings to effectively quiet the crowd.

The Wolverines had their first four batters reach to jump out to a 3-0 lead. Eddins got a pair of groundouts before four more hits by the Wolverines made the lead 7-0. A infield fly finally made the inning come to an end after 11 Michigan hitters came to the plate.

Michigan extend the lead with single tallies in both the second and third.