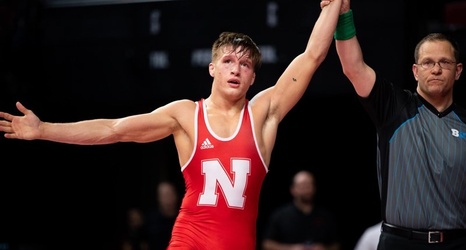 Five Huskers are seeded 10th or better for the 2022 NCAA Wrestling Championships as the NCAA released the championship brackets Wednesday evening. This year's championship tournament is set for March 17-19 at Little Caesar's Arena in Detroit, Mich.

Eric Schultz leads the Huskers with a No. 3 seed at 197 pounds. The senior is coming off a second-place finish at the Big Ten Championships, his third consecutive runner-up finish at the conference tournament. Schultz, 16-2 on the season, is a five-time NCAA Championships qualifier and will face No. 30 Cole Urbasa of Penn first.