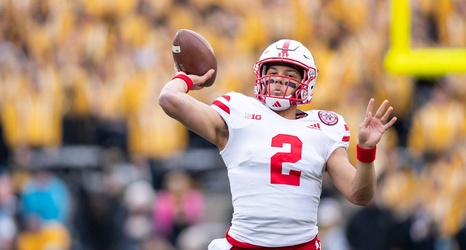 Martinez returns to pilot the Husker attack after a record-breaking freshman year in 2018. The 6-foot-2, 220-pounder set 11 school records after becoming the first true freshman quarterback to start an opener in school history. On the season, Martinez completed 224-of-347 passes for 2,617 yards and 17 touchdowns, while also rushing for 629 yards and eight scores en route to All-Big Ten and Freshman All-America honors.