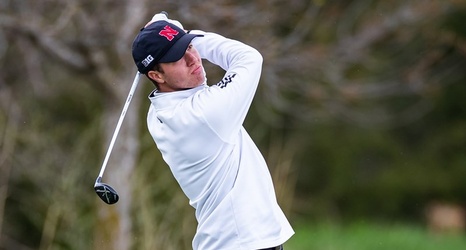 Lincoln - Jack Lundin shot an even-par 142 through two rounds to lead the Nebraska men's golf team through 36 holes on the first day of the Git-R-Done Husker Invitational at Firethorn Golf Club on Saturday.

Lundin, a freshman from Sioux Falls, S.D., closed the day in sixth place individually after following his opening-round 70 (-1) with a one-over-par 72 in the second round. Lundin ended the day with a one-shot lead over teammate Tom Westenberger, who is hunting for his third straight top-10 individual finish. Westenberger (Wuppertal, Germany) matched Lundin's 70 (-1) in the first round, before adding a 73 in the second round on the 7,040-yard, par-71 layout at Firethorn.