Lovett Secures All-American Honors, Six Huskers Advance to Round of 12 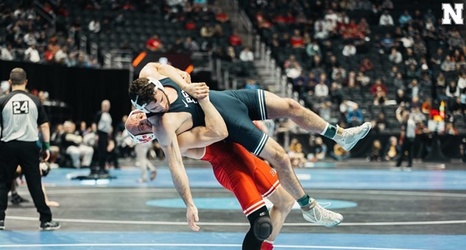 Detroit – Seven Nebraska wrestlers will grapple this evening, as Ridge Lovett earned All-American honors for Nebraska with a victory in Friday morning's quarterfinals, and six Huskers will wrestle for the same accolade in the Round of 12.

Lovett secured the 2022 All-American status as he pinned NC State's #2 Tariq Wilson. Lovett trailed 2-1 after Period 1 before he scored four near fall points and recorded his third fall of the season with less than a minute to go in Period 2. The Husker moves on to Friday night's semifinals to wrestle for a spot in the finals.