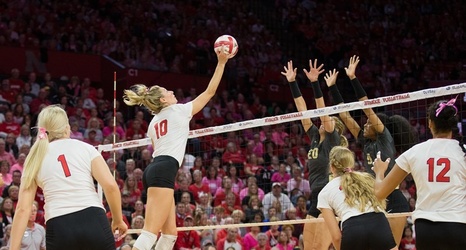 Kubik finished with 32 kills and hit .320 in Nebraska's two matches last week, averaging 4.57 kills per set. Kubik began her week with a career night in the Huskers' 3-1 win over 20th-ranked Purdue. Kubik had a match- and career-high 22 kills on .314 hitting against the Boilermakers, which tied for the most kills by a Husker freshman since 2004.