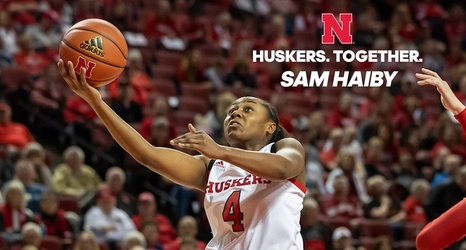 The 5-9 guard from Moorhead, Minnesota, expects to join senior-to-be Kate Cain as the only returning starters for the Nebraska women's basketball team in 2020-21. Haiby, who averaged 10.0 points, 4.2 rebounds, 3.3 assists and 1.4 steals, feels good about her ability to face challenges and get a better understanding of herself after her first season as a starter. However, she is far from satisfied.

"It has been a privilege to be able to compete at such a high level for the past two years," Haiby said.