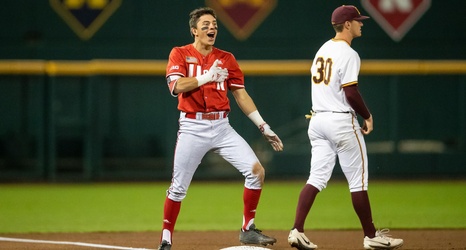 Omaha, Neb. – The Nebraska baseball team (29-20) pounced early in an 8-2 win over Minnesota in the first round of the Big Ten Tournament at TD Ameritrade Park on Wednesday night. The Huskers plated three runs in the first inning and five runs in the third inning.

Starting pitcher Matt Waldron, making his 12th start of the season, went 7.1 innings and matched his career high with nine strikeouts. Waldron has 239 strikeouts in his career, which puts him in fourth place on Nebraska’s career strikeouts list. Mike Waldron and Robbie Palkert each came in for shutout relief appearances.