Huskers Set to Compete at Daktronics 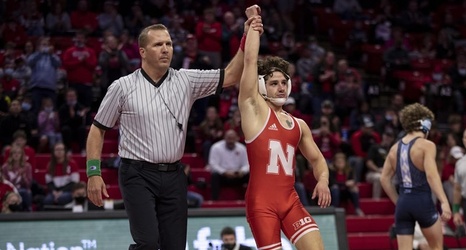 The ninth-ranked Nebraska (3-0) wrestling team will send 22 wrestlers to Brookings, S.D., this weekend to compete in the Warren Williamson/Daktronics Open. Hosted by No. 23 South Dakota State University, the competition will take place in the Frost Arena and can be streamed on FloWrestling (subscription required) beginning at 9 a.m. on Sunday.

The Daktronics Open has become one of the nation's premiere open tournaments over the years. The 2021 edition will feature wrestlers from No. 16 Minnesota, No. 24 Northern Iowa and North Dakota State among others.

The individual Huskers competing are as follows:

Last Time Out:
The Big Red hosted #15 North Carolina this week, defeating the Tar Heels 27-6 in front of 1,618 fans at the Devaney Center.