Huskers in the NFL Week 9 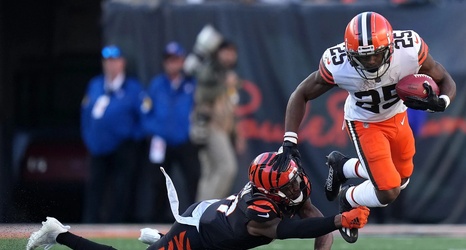 Week nine of the NFL season was looking like a dud for our former Huskers as Randy Gregory was held in check while both Suh and David were on a bye week. But picking up the slack was a stat-filling performance by Maliek Collins, the return of Andy Janovich and Stanley Morgan doing his best Janovich impression. Here is a look at how our former Huskers did in their Week 9 games.

***With the Steelers playing on Monday Night Football, Both Carlos and Khalil Davis’ participation will be added on Tuesday***

Husker of the Week

After a slow start to the season, Maliek Collins has really turned it on and his performance against the Dolphins was the best game he’s had in two years.