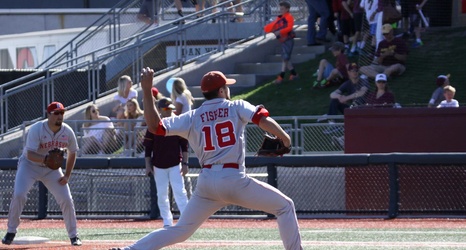 It was almost a combined no hitter. Nate Fisher tossed eight hitless innings against the 21st ranked Baylor Bears and the Nebraska offense did just enough for the Huskers. Fisher was the star for the Huskers, giving up only four base runners, with the first happening in the sixth inning.

Fisher was on cruise control early, putting the Bears down in order for their first trip through the lineup. Fisher was efficient in mixing speeds, and changing the eye level of Baylor hitters.

The Husker offense scratched a run across in the fourth inning. Colby Gomes singled with one out to start a rally.