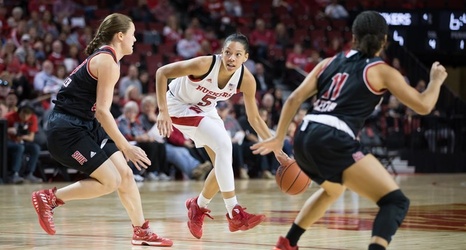 The 6-1 senior wing from Colorado Springs, Colo., added game highs of four steals and two blocks as well to go along with three assists to help the Huskers improve to 4-0 on the young season. She also scored eight of Nebraska's final 10 points over the game's final 5:15 to secure the 14-point win over the Cougars, who slipped to 1-3.