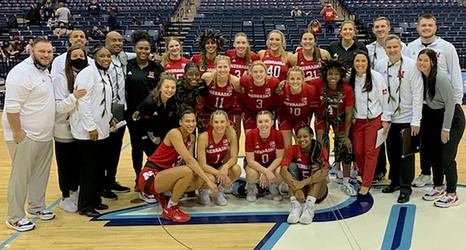 San Diego - Jaz Shelley led three Huskers in double figures with 16 points, including a pair of huge fourth-quarter three-pointers, to help Nebraska surge down the stretch for a 64-56 victory over the hosts from San Diego in the championship game of The Dana on Mission Bay Holiday Tournament at Jenny Craig Pavilion on Saturday.

With the win, Nebraska improved to 7-0 to start the season for the first time since 2014-15, while the Toreros slipped to 4-2 with their first home setback of the year.

The Huskers were clinging to a 53-52 lead with four minutes left, when Shelley came free against USD's pressure defense and buried a three-pointer to give the Big Red a 56-52 lead.