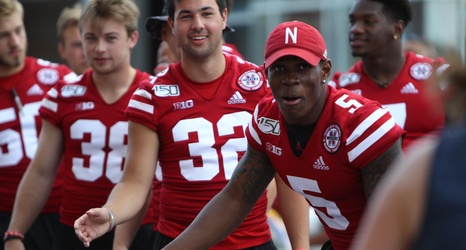 When he woke up Sunday morning, William Przystup had no plans of participating in the annual Nebraska Football Road Race.

Then he learned somebody had registered him for the event and paid his entrance fee. As a redshirt freshman walk-on, a transfer punter, Przystup assumed one of his Nebraska football teammates did so as some sort of initiation.

Turns out, his mother, in Florida, had signed up Przystup for the 5K run.

“I’ve done them a few times, it’s just that I wasn’t prepared for this,” he said, smiling. “I just ran it because if someone spends money on you, you’ve got to use it the right way.