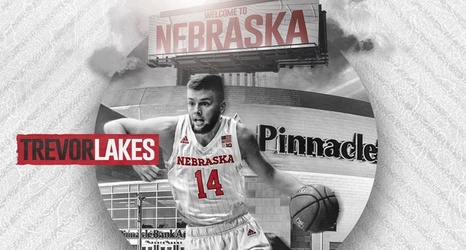 Lincoln – The Nebraska men's basketball program added one of most prolific 3-point shooters in the country, as Trevor Lakes has transferred to Nebraska.

Lakes, a 6-foot-7, 230-pound forward from Lebanon, Ind., spent the last three seasons at the University of Indianapolis, where he totaled nearly 1,000 points and 400 rebounds and helped the Greyhound program to a 62-25 record in that stretch. His 235 3-pointers in three seasons ranked fifth in program history. Lakes enters the 2020-21 season among the top-20 players nationally among all NCAA basketball players in 3-pointers, while he is a career 41 percent shooter from beyond the arc.