Huskers aim to improve over last season with starter at Horseshoe 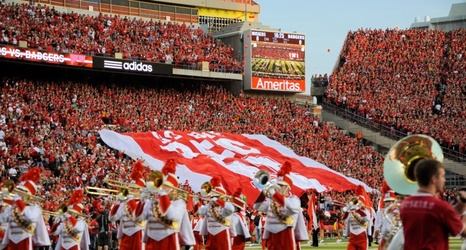 LINCOLN, NE - SEPTEMBER 29: The Nebraska Cornhuskers marching band performs on the field before their game against the Wisconsin Badgers at Memorial Stadium on September 29, 2012 in Lincoln, Nebraska. Nebraska won 30-27. (Photo by Eric Francis/Getty Images)

The Huskers look to put forth a good effort on Saturday.

As Cornhusker fans are giddy and ready for the start of the Big Red’s football season, what is rolling around in the back of their minds when the kickoff flies on Saturday at the Horseshoe most likely will be can the Nebraska Cornhuskers Football team respond positively to the training and hard work it put in this off season AND improve?