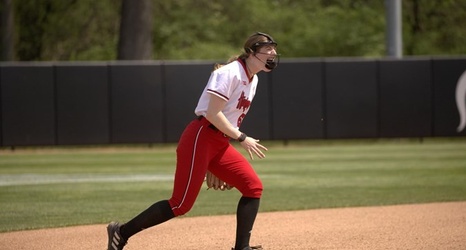 The Nebraska softball team (38-14) advanced to the semifinals in the Big Ten Tournament after claiming a 3-1 victory over Penn State (32-22).

Courtney Wallace (16-6) pitched the complete game for the Huskers and earned the win. Wallace held the Nittany Lions to three hits while striking out four. Bailey Parshall (22-9) recorded the loss for PSU. Parshall pitched 4.2 innings, giving up seven hits and three runs.

A three-run fifth inning lifted the Huskers into the lead after Penn State went ahead in the second with one run. Ava Bredwell, who came in as a pinch hitter, sparked the Nebraska offense while Billie Andrews added a two-run double.