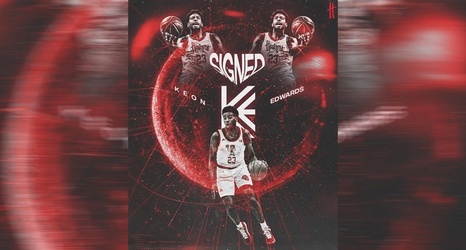 Lincoln – Nebraska men's basketball added its second top-100 transfer of the spring on Monday, as Keon Edwards announced that he will join the Huskers for the 2021-22 season. Edwards, a 6-foot-7, 185-pound forward from Pasadena, Texas, comes to Nebraska after the spending the 2020-21 season at DePaul University and will have four years of eligibility beginning next fall.

Nebraska Coach Fred Hoiberg believes that Edwards has the ability to thrive in the Huskers' offensive system with his combination of length, basketball IQ and shooting ability.