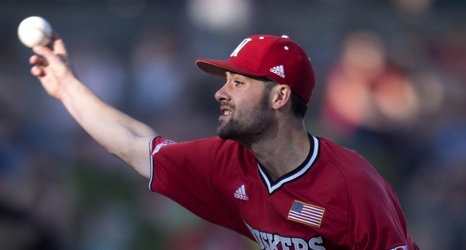 Jaxon Hallmark is one of the Nebraska baseball team's most versatile players. He can play any position on the infield or in the outfield. The Huskers move him around plenty.

So the sophomore has had as diverse a view of a Husker starting pitching staff that has been as good as anyone's in the Big Ten over the past few weeks.

"They're pounding the zone, they're mixing up pitch speed, they're spotting up. Other teams aren't figuring out ways to hit them," Hallmark said Thursday. "All of our pitchers are going deep into games. They're doing their job.