Husker Rewind: A little bit of everything on the must-improve list for NU offense 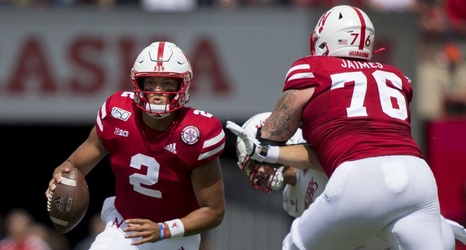 The most common question coming out of No. 24 Nebraska’s season-opening 35-21 win against South Alabama was something of a general catch-all surrounding the offense.

NU’s attack, which was mostly prolific in the second half of the 2018 season and drew rave reviews through spring ball and preseason camp, started with a dud in 2019, managing just 4.2 yards per play, 276 overall and putting just 14 points on the board against a Sun Belt opponent that finished No. 107 in total defense last year.

The most glaring offensive line issue came in the form of at least eight high snaps – one over sophomore quarterback Adrian Martinez’s head and others that made him jump or react outside his normal motion – in 49 first-half snaps.