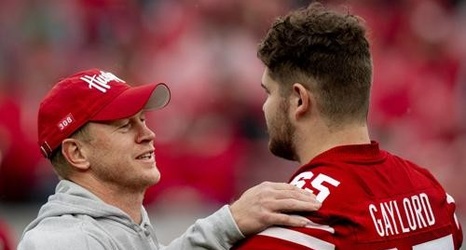 Nebraska offensive tackle Christian Gaylord's waiver to extend his college eligibility to the 2020-21 season has been approved by the NCAA, he announced Friday via Twitter.

"I’m excited to play one more season at the best college football program in the NCAA," tweeted Gaylord, a native of Baldwin City, Kansas.

With the waiver, Gaylord was officially granted a sixth season at Nebraska, a move that was expected in the wake of his season-ending knee injury during fall camp last August.