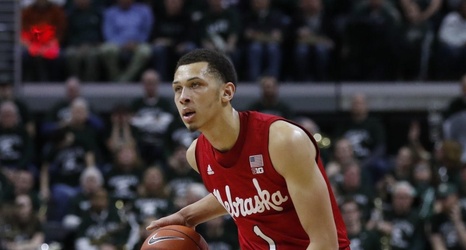 Nebraska guard Amir Harris controls the ball during the first half against Michigan State on Tuesday in East Lansing, Mich.

Miles said Harris was on crutches Monday. If the injury turns out to be serious, it would be yet another blow to a team that has been ravaged by injuries and suspensions this season.

Should Harris be out for any length of time, Nebraska would have just six scholarship players and two walk-ons available for this week's Big Ten tournament.