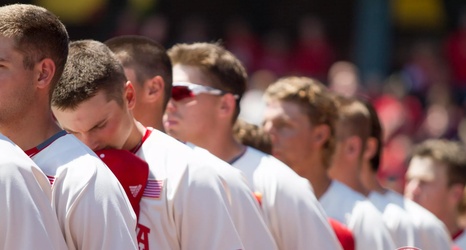 Nebraska hopes of a Big Ten regular season title are dead as the Huskers fell to the Michigan Wolverines 10-8 early Saturday morning. Nebraska had a 5-3 lead, but the Husker bullpen was unable to hold the lead in the regular season finale.

Reece Eddins made the start for Nebraska and ran into problems early. Eddins would struggle with command early, giving up a pair of walks and two singles to put Michigan on the board 1-0. A great play from Spencer Schwellenbach on a fielder’s choice got the Huskers out of the inning.

Michigan got two more runs in the fourth inning.