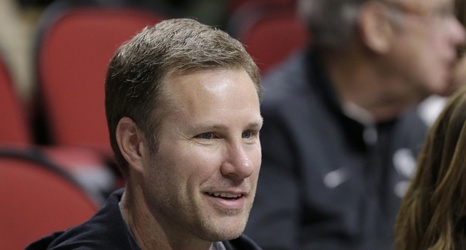 Now that the minor detail of hiring a head coach is out of the way, Nebraska basketball can begin to turn its attention to just what kind of roster Fred Hoiberg and his yet-to-be-announced staff will put together on their first trip through the recruiting cycle in Lincoln.

There will be many, many moving parts between Tuesday's introductory press conference and the start of practice early next fall. But there are a couple things to be deduced from Hoiberg's roster construction at Iowa State and Nebraska's current lineup.