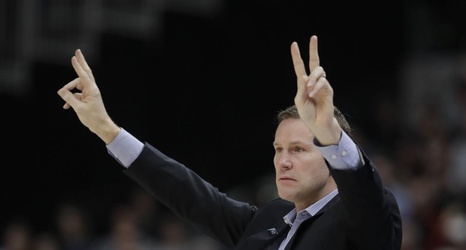 And looking back, Nebraska men's basketball coach Fred Hoiberg said Thursday on the "Husker Sports Nightly" radio show that it's easy to understand the concern generated by the images of Hoiberg first looking ill on the sidelines, then leaving the game, during the Huskers' loss to Indiana at the Big Ten Tournament.

"Had I known then what I know now," Hoiberg said, "I definitely would not have gone out there and coached that game."

Hoiberg's 10 minutes on the radio Thursday marked his first public comments since before the Huskers left for Indianapolis.