Getting to Know Caleb Badura 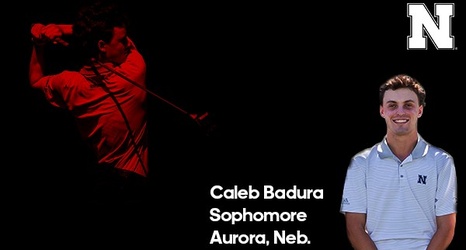 One of those new faces is Caleb Badura. Badura is a sophomore from Aurora, Neb. and played in three out of the four tournaments in the fall. Badura ended the fall fifth among Huskers in scoring average with a 77.44. Badua's best finish came at the Prairie Club Invitational where he tied for 37th with a 235.