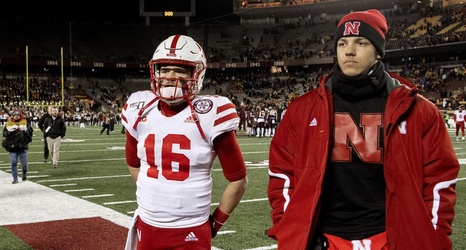 Nebraska set out to use the first of its two bye weeks as a chance to get back to basics.

That’s the health status of sophomore quarterback Adrian Martinez, who suffered an apparent left knee injury in the third quarter against Northwestern on Oct. 5, did not play in a 34-7 loss at Minnesota on Oct. 12 and did not talk with reporters Monday afternoon.

Sophomore Noah Vedral played the first three quarters against the Gophers before suffering an apparent left leg injury of his own, which led to junior walk-on Andrew Bunch playing the final minutes in Minneapolis.