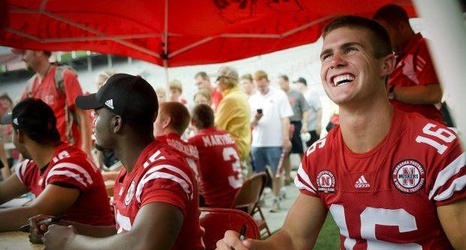 Starling, a Gardner, Kansas native, is in the midst of the best year of his professional career so far. He earned All-Star honors for the Storm Chasers by hitting .310 with an .806 OPS, seven home runs and 38 RBI to go along with nine stolen bases.

The 26-year-old is a familiar name to Husker fans for more than his baseball work in the region, though, as he was once a four-star quarterback recruit who picked NU over a host of schools. He arrived on campus in the summer of 2011, but was also picked No. 5 overall by the Royals in the 2011 draft, who convinced him to pick baseball over football with a $7.