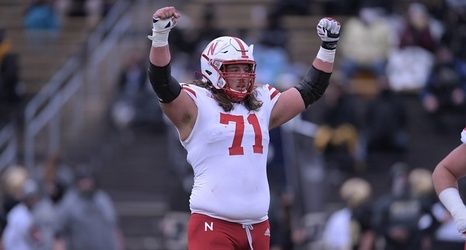 For the first time since 2009, Nebraska has had multiple offensive linemen taken in the NFL Draft, as Husker offensive guard Matt Farniok was selected in the seventh round (No. 238 overall) by the Dallas Cowboys.

Farniok joins Brenden Jaimes, who was picked by the Los Angeles Chargers in the fifth round, as multi-year starter for Scott Frost and offensive line coach Greg Austin.

Farniok was a versatile lineman who started 36 games at Nebraska, as he started at four offensive line positions during his career. Nebraska's 2019 Offensive Lineman of the Year, Farniok worked his way into the starting lineup as a redshirt freshman in 2017, earning two starts at right tackle and two at right guard.