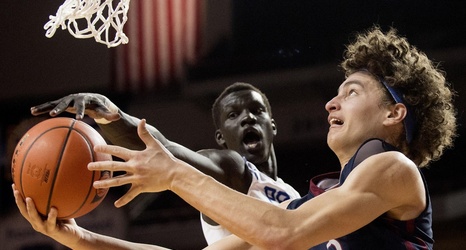 Akol Arop came away from Thursday's visit with Fred Hoiberg feeling good about Nebraska's new coach and how he will fit into his plans.

The Creighton Prep star met with Hoiberg in Omaha one day after NU's new head man visited junior-college guard Jervay Green in Scottsbluff. Arop said the meeting mainly served as a chance for the two to get to know each other better, but it also helped ease any concerns Arop had about his place at NU going forward.

"He liked my athleticism and said I fit his play style, which was really good to hear from him," Arop said.