Conversation With the Cooks - Episode 9 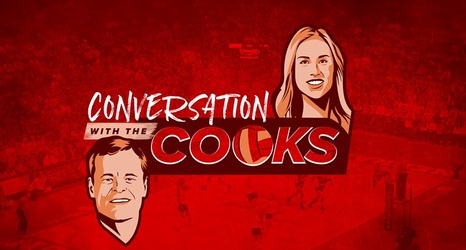 Coach Cook and Lauren analyze the team while providing insider stories. New episodes will be released each month on Huskers.com and across varies podcast networks.

On the April episode, Coach Cook and Lauren talk about how current and former players are dealing with COVID-19, plus an update on the Big Ten schedule and Coach Cook tells us how he'll celebrate his birthday later this month.