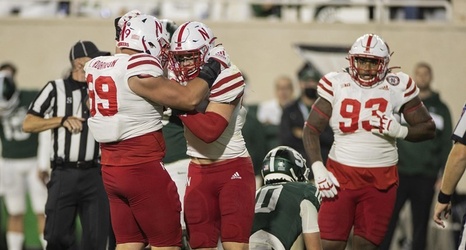 East Lansing, Mich. - The Nebraska defense held Michigan State without a first down in second-half regulation, but the Huskers fell 23-20 in overtime at No. 20 Michigan State on Saturday night at Spartan Stadium.

The Blackshirts shut out the Spartans in the first and third quarters, and the only MSU score in the fourth quarter came on a 62-yard Jayden Reed punt return touchdown that tied the game at 20. At the time, the defense had held Michigan State (4-0, 2-0 Big Ten) to five total yards of offense in the second half.

The punt return touchdown and ensuing extra point were enough to send the game to overtime after Nebraska had held a 20-13 fourth-quarter lead and the ball with four minutes remaining in the game.