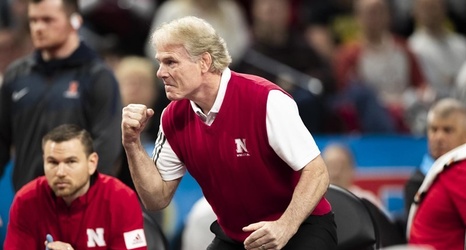 Lincoln, Neb. -- The Nebraska wrestling team finished seventh at the 2022 Big Ten Wrestling Championships with 75.5 points for the program's 10th top-seven finish at the event.

Nebraska was led by a second-place finish from Eric Schultz (197), and the Huskers clinched seven automatic bids to the NCAA Championships.

In the Huskers' lone championship match of the day, Schultz faced Penn State's two-seed Max Dean, and the Nittany Lion scored first with a takedown in the opening three minutes. Schultz responded with a pair of escapes and the wrestlers were tied 2-2 to start Period 3.