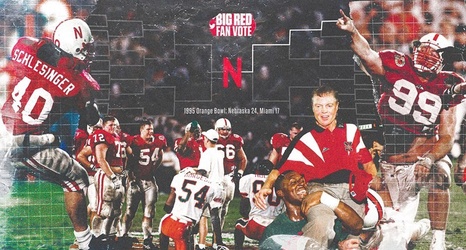 After five weeks and over 90,000 votes Husker Nation has narrowed down 32 moments to the top moment in Husker Football history - the 1995 Orange Bowl against Miami.

That first one for Coach Osborne was special.#BigRedFanVote x #TheGoodLife pic.twitter.com/VaI9MNEaxS

The Huskers, in somewhat therapeutic fashion, unleashed years of frustration against that same team, on that same field, that left so many people questioning whether this day would ever come.