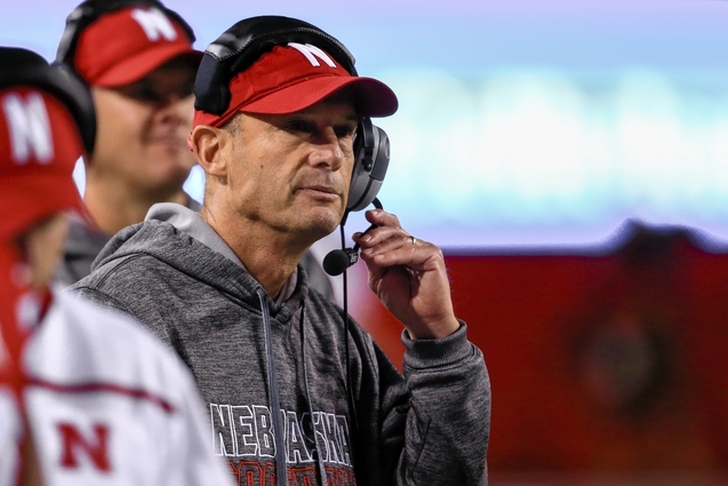 It wasn't supposed to go this way. The 2015 college football season was supposed to bring with it a return to glory for the Nebraska Cornhuskers, but Mike Riley's first year as head coach in Lincoln has hardly been anything to celebrate? How did this all go so wrong, so quickly for the 3-6 Huskers? Here's 3 reasons...

3. A Unique Mixture Of Heartbreak

Five of Nebraska's six losses have come by a combined total of 13 points. The Hail Mary loss to BYU is the perfect symbol of just how snake-bitten this team has been in games coming down the stretch. However, fool us five times, shame on you. The teams bevy of close loss are no coincidence. They're the result of a team who lacks the special "finishing fire" to snuff opponents out when games are in the balance.

Saturday's 55-45 loss to formerly-hapless Purdue added an entirely new layer of heartbreak to the team's already full 2015 ledger. Nebraska huffed, puffed and sputtered their to a 42-16 deficit after three. They finished in furious fashion (similar to the Miami loss), but it was way too little and way too late for a team whose 2015 storyline will be that of shooting itself in the foot numerous times.

Before Saturday's loss to Purdue, Nebraska ranked dead last in the Big Ten in penalties per game (8.3) and 10th in the conference in turnover margin (-0.38). The coaching staff has been unable to work the kinks out of Nebraska's game on both sides of ball, watching costly mistakes gut this team during critical moments over and over and over again. In contrast, Bo Pelini's last season in Lincoln saw his team commit 5.7 penalties per game. That means we're looking at a 45.6% increase per game in penalties assessed.

Say what you want about Pelini, but the team played with a modicum of discipline when he was around. Speaking of that...

There'll be plenty of Nebraska fans and booster who'll preach patience with Riley, citing the fact that he's coming in cold to a roster which lacks his full recruiting imprint. However, we can't help but think that Bo Pelini would have gotten more out of this team in big moments than the more even-keeled Riley. Nebraska will have to win out against Iowa, Michigan State and Rutgers just to make a bowl at 6-6. That's a huge fall for a team that never fell below nine wins during Bo Pelini's seven years in town.

Riley's a likeable guy and an undeniable players' coach. However, he's also a mediocre game planner with a consistent track record of getting underwhelming results out of talented teams.