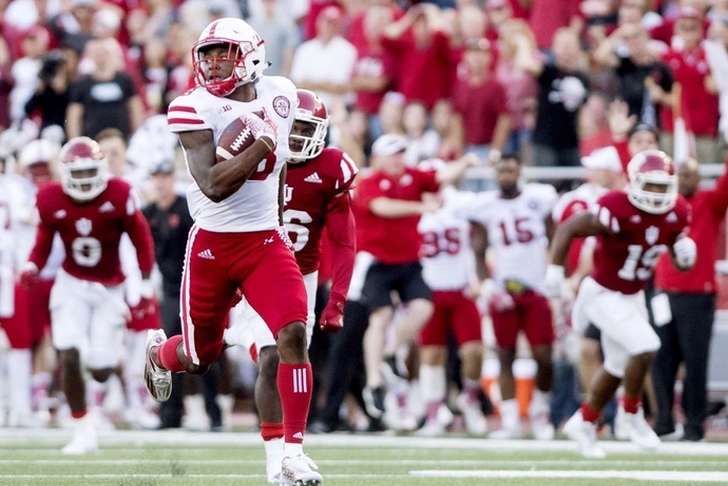 One of the Nebraska Cornhuskers top wide receivers is facing a drug charge. KETV 7 in Nebraska (the ABC station) reports Stanley Morgan Jr. was arrested on May 6th in Florida and charged with felony possession of marijuana.

Morgan was found to have drug paraphernalia and 21.4 grams of marijuana at a traffic stop. The traffic stop started after police saw Morgan's car fail to come to a complete stop.

The Florida officer said in the police report "I could smell an odor of fresh cannabis as soon as I got behind the vehicle, and it only grew stronger as I approached it." Some of the marijuana was in plain view of the officer, sitting on the center console, and more was found in a backpack. Morgan told the officer the weed belonged to him and he bought it for $100 when he arrived in Florida.

Current Husker and defensive back Antonio Reed, and an unnamed woman was also in the car. Nebraska has not commented on Morgan's arrest yet.

Morgan was expected to be one of Nebraska's top receivers this year following the departure of Jordan Westerkamp. He's the Huskers leading returning WR with 33 catches, 453 yards and 2 TDs.