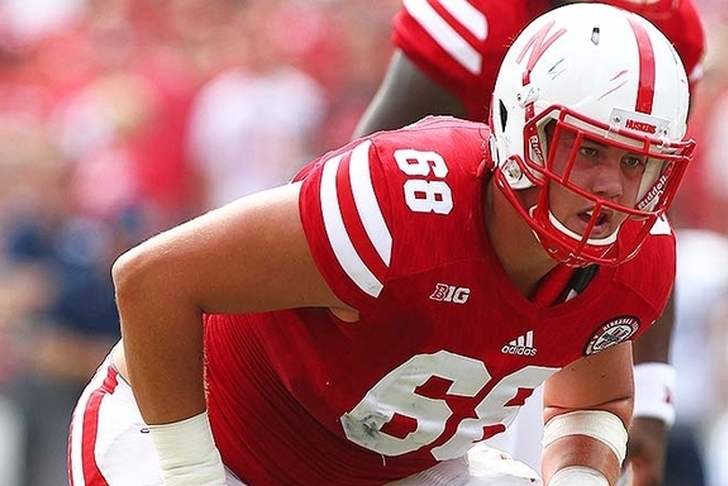 For the past two seasons, the Nebraska Cornhuskers have had Alex Lewis at left tackle. That won't be the case this season, as Lewis has graduated. That left Nebraska searching for a new player to man one of the most important positions on offense, and the Huskers appear to have found their man in Nick Gates.

That's a familiar name to those who follow Nebraska football, as Gates started 10 games at right tackle for the Huskers last season as a redshirt freshman. The former four-star recruit played well, earning All Big-Ten Freshman honors. But now Gates is tasked with moving to the left side of the line and protecting the blindside of QB Tommy Armstrong. Offensive line coach Mike Cavanaugh told ESPN that Gates is "our best tackle."

"He’s a competitor," Cavanaugh said. "You see it every day. He’s tough. He finishes plays. I’m very confident in him. He’ll compete like crazy."

Gates' competition streak extends beyond game day and onto the practice field.

"I kind of have a little switch I turn on during practice," Gates said. "I’m not anybody’s friend out here. I’m here to earn a job."

While Gates isn't taking the job for granted, the left tackle spot is essentially his. And while the 6-foot-5, 290-pound tackle has no experience on the left side, the Cornhuskers expect him to do well at his new position.

Follow our Nebraska Cornhuskers team page for all the latest Nebraska Football News!